Laravel Orchid is an open-source package (MIT license) for accelerating the development and creation of administration-style applications. It abstracts typical business application templates so developers can quickly implement beautiful and elegant interfaces with little effort.

Because it is delivered as a Laravel package, it interacts well with other components and can serve as a base for applications like a content management system

Note! The manual contains information on using the package but does not explain the use of the framework. It is strongly recommended you read the Laravel documentation.

What Orchid is not

Laravel Orchid is not a "turnkey boxed solution." You need good programming skills to use it. It is designed to make developers' lives easier when building complex systems, not to give you a ready-made solution.

Looking for something simple?

If you already have your admin panel based on Blade templates, then it is not necessary to rewrite everything at once. You can gradually transition to using Orchid by connecting old controllers.

What is the difference between other packages?

The Laravel ecosystem is rich with different admin panels. You may have already solved your problems with Nova, Voyager, BackPack, QuickAdminPanel or similar. In doing so, you were guided by the desire to find out if the platform can simplify and improve your work. We hope that we can answer this question.

All the previous packages were developed to simplify the work with the CRUD database, and they can be divided into several methods:

Unlike scaffolding, this package is helpful at any stage of development, not just at the beginning, because it can grow quickly thanks to the pre-built components. It doesn’t offer visual programming, so you’ve to write the code with the keyboard and not click with the mouse. And instead of one, the main class offers many small components for encapsulation and reuse.

What is rapid development?

A classic web application is a subsystem with a common three-tier architecture, which comprises: 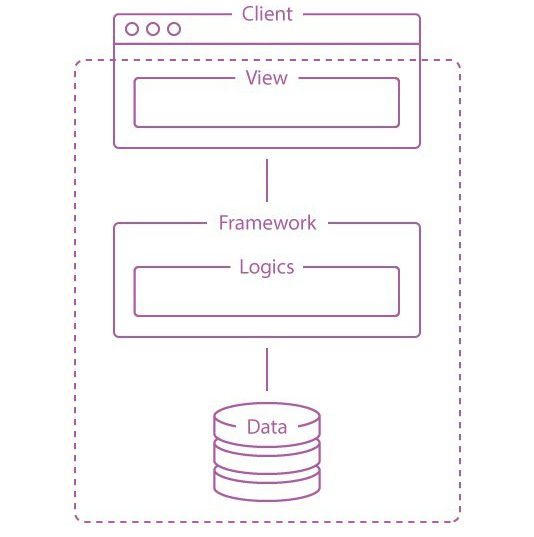 It reduces development time, which is directly related to the distribution of responsibilities between levels. This is especially noticeable when it’s necessary to create auxiliary code. At the same time, most of the useful work is done by the application layer.

As various examples of conflicting tasks can be cited:

Depending on the choice of decisions, responsibilities are assigned, each decision having both advantages and disadvantages.

Similarly, the platform assigns new responsibilities to the application layer for managing the mapping and bridging of data.

How to get a platform?

The platform is freely distributed via the Internet, source codes, and release information published on GitHub. The installation guide contains detailed instructions.

To suggest improvements to this tutorial, create a new issue. If you have questions or find a documentation error, please show the chapter and accompanying the text to indicate an error.